It's an exciting time for Corn Belt Energy's home community of Bloomington-Normal, Illinois.

In the two years since a little-known company called "Rivian" purchased the former Mitsubishi manufacturing property on the far west end of Normal, little has been known publicly about their plans to utilize the 2.6-million-square-foot facility. That all changed on October 13th, as Rivian hosted a public event in the uptown Normal circle, showcasing three of their innovative prototype electric vehicles, as well as the "skateboard" battery chassis on which they are based. 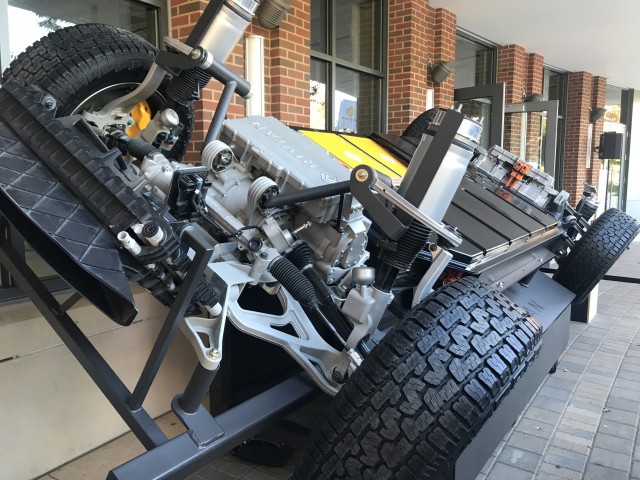 Attendance at the event was estimated to be in the thousands. Rivian CEO RJ Scaringe spoke to the crowd about how Rivian came to purchase the defunct Mitsubishi property, originally sending a team to look at purchasing some leftover equipment, but ultimately deciding to purchase the entire building and its contents.

As for the vehicles on display, Rivian brought two of its R1T pickups and one R1S SUV. Viewers were allowed to be up close and personal with the vehicles, but touching was prevented by barriers. Rivian employees were happily interacting with the crowd and answering questions. 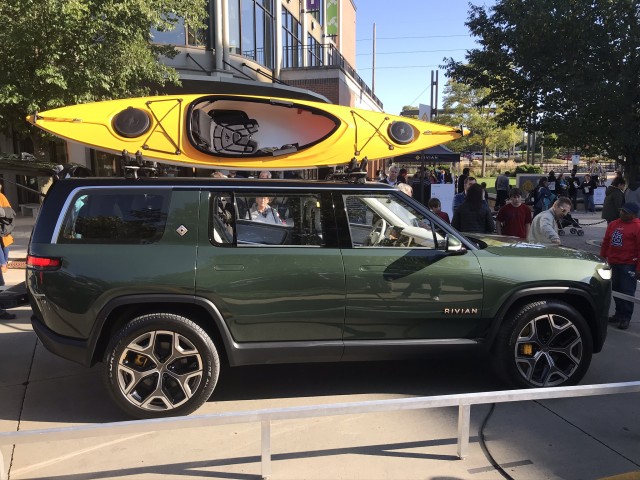 Rivian used props to highlight some of the vehicles' features, such as the pass-through area on the R1T pickup. 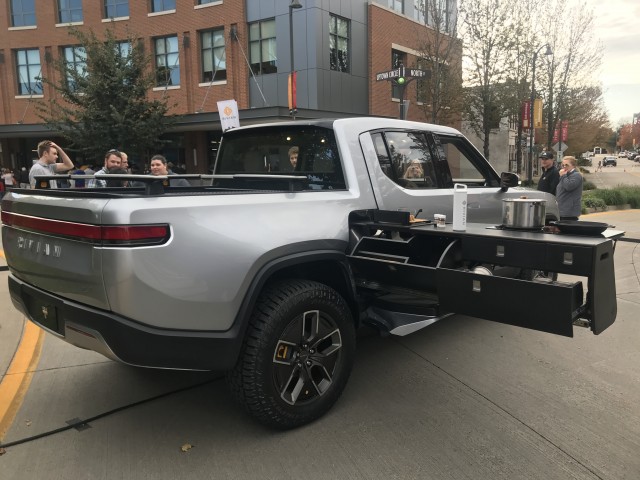 A pop-up storefront was housed inside a building on the circle, including a hiring counter and displays highlighting the company's history. The company expects to expand its local employment from 200 currently, to over 1,000 within the next couple years as production begins at the plant.

Rivian's dedication to the local community was evident in this free event, and in the marketing displays themed "Adventurous Together". We look forward to seeing the opportunity and change that Rivian will bring to our community, as well as the growing local electric vehicle enthusiasm. 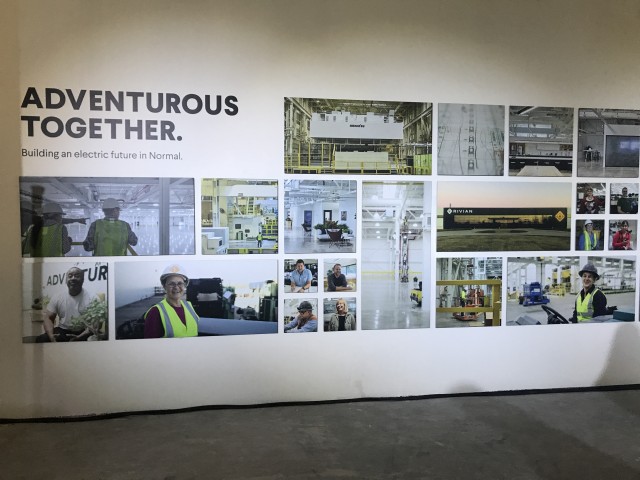 When you subscribe to the blog, we will send you an e-mail when there are new updates on the site so you wouldn't miss them.

Which model is right for me?
Not your typical fuel - how charging works with an...