Electric vehicles to look for in 2020 2019 was not the best year overall for the automotive industry, and electric vehicles (EVs) were no exception.

Tesla topped the EV charts, by far, with their Model 3 Sedan, which has become not only the EV industry's best seller, but also the best-selling luxury vehicle (all fuel types) in the U.S.

Other top EV sellers in 2019 included the Toyota Prius Prime, Tesla Model X, and the Chevy Bolt, though sales in all three of these vehicles were down, compared to 2018.

Looking ahead at 2020, experts are predicting a much more successful year. Just about every major automotive manufacturer has exciting EV introductions coming this year, and they are more affordable than ever.

Here are a few of the electric vehicles we are excited to see out on the road later this year:

Tesla Model Y: We have a wide Tesla fan base here in central Illinois and almost can't go a day anymore without spotting one. The Model Y will be Tesla's first crossover utility vehicle and is expected to be released by this summer. Initial (long range battery) models will start at $48K, with a $39K (standard range battery) offering to follow in 2021.

Rivian R1T: We're especially excited for the first all-electric pickup truck, as it will be produced right here in our home community. With an 11,000 lb. towing capacity, 3-second 0-60 acceleration, and 400+ mile range, this truck is bound to be a game-changer. 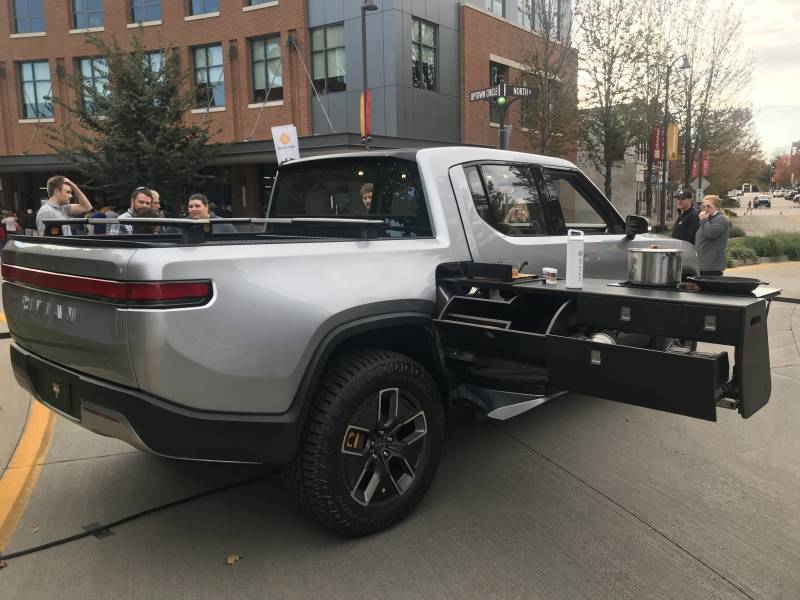 Volkswagen ID. CROZZ: Volkswagen has committed to building one million electric vehicles per year by the year 2025. The first of Volkswagen's new all electric ID. sub-brand to be released in the US, a compact SUV, the I.D. CROZZ is expected later this year.

Tesla Roadster: With a base price of $200K, we may not see this one much here in Central Illinois, but we're excited about it nonetheless. Boasting a top speed of more than 250 mph, and a 620-mile electric range, as well as features like a glass roof and optional rocket thrusters (yes, really), this unique addition to the electric vehicle world has a lot of people excited.

Volvo XC40 Recharge: The XC40 Recharge will be Volvo's first all-electric vehicle, and first in their pledge to launch one new EV each year, with half its vehicle offerings to be fully electric by the year 2025.

Looking even farther ahead:

Ford Mustang Mach-E: Sales are expected to begin later this year, for the 2021 model.

Hummer: Teased via Super Bowl ad earlier this month, GM's exciting introduction to the EV truck world is expected to be released in late 2021.

Sony Vision-S: Sony released this prototype vehicle at CES 2020. It is unclear when or if it will actually ever be produced and sold.

Tesla Cybertruck: You've probably already heard some of the buzz surrounding Tesla's first truck offering. Keeping with Tesla tradition, it will no doubt be a head-turner. Production begins in 2021.

What does this outlook mean for Corn Belt Energy members?

Simply that EVs are becomingly increasingly popular and with a variety of options on the horizon for 2020, we expect an uptake in overall adoption of EVs within our membership.

If you have questions about electric vehicles, or are an EV owner and interested in our EV-1 rate pilot program, please contact our energy advisor Jeremy Myers at or 800-879-0339 x221.

When you subscribe to the blog, we will send you an e-mail when there are new updates on the site so you wouldn't miss them.